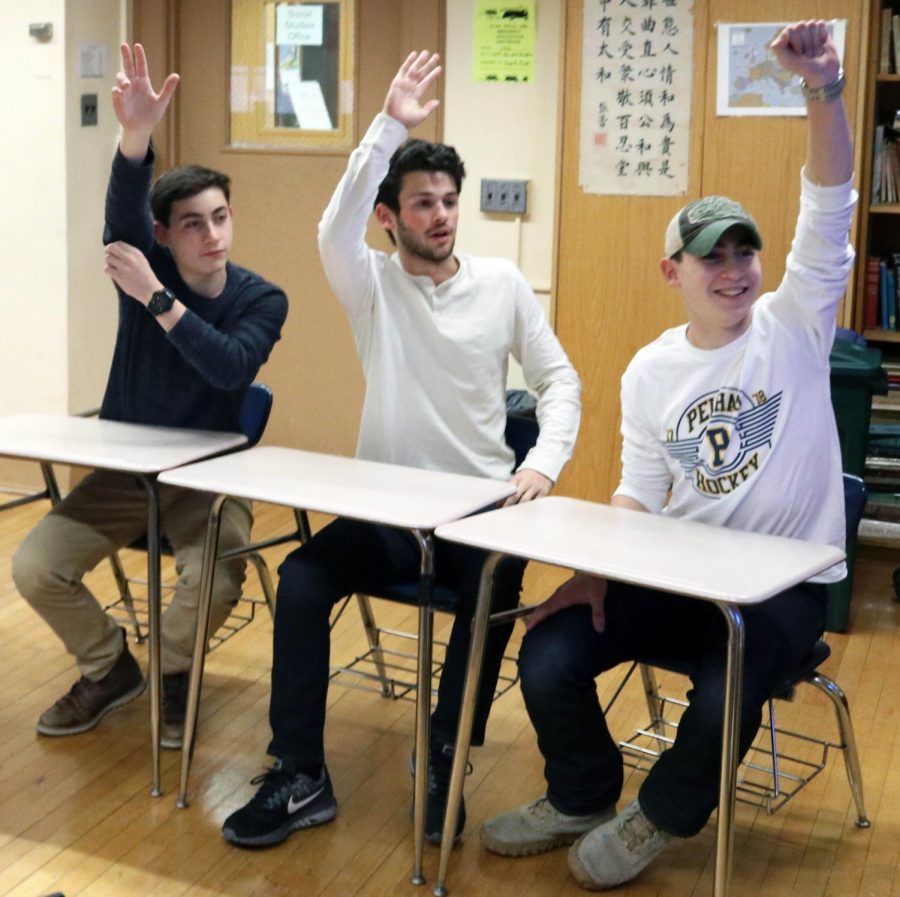 This year’s Rho Kappa History Bowl was a nail-biter, coming down to a tiebreaker between Team Chad Mobile and Team Goon Platoon in the final round. Ultimately, Team Chad Mobile, made up of juniors Johnny Hernandez, James Hupprich, Ian Childs, Danny Walsh, Flavio Darini and Julian Wisdom, prevailed as the winners of the fourth annual competition. Held on December 12, one hundred and twenty-five PMHS students on fifteen teams competed in the History Bowl in teams to test their knowledge of historical trivia and obtain the championship title and the bragging rights that go along with it. This year, due to the immense popularity of the event, entries were limited.

Junior Ian Childs, of the winning team, said, ”It was great to win. I have always been into history and was glad to put it to the test.”

All teams competed within a bracket design, with 3 rounds in each game. Teams were split into four rooms and fought to move onto the next round. After eliminations, winning teams advanced on to compete against other victors until only one team remained.

Participants took a break midway through the competition, refueling with pizza and soda provided for all team members and volunteers by the Pelham Parent Teacher Association (PTA).  Teams were welcome to stay even after they had been eliminated to cheer on the others.

Junior Emily Talamas, member of The Bourgeoisie, said, ”Even though we lost, it was a fun experience and I’m glad I did it.”

Most students were persuaded to participate with extra credit awarded by their social studies classes for showing up to the competition. This extra incentive, along with a passion for history, encouraged 125 students to participate in the History Bowl this year. .

Thanks to Mr. Sirico, along with the help of volunteers from the Rho Kappa Honor Society, the History Bowl was a huge success.

Mr. Sirico said, ”Organizing the event this year has been a rewarding experience…Students were respectful, competitive, and inquisitive throughout the entire experience. Rho Kappa looks forward to supporting this event next year and for many years to come.”