Athletes of the Issue 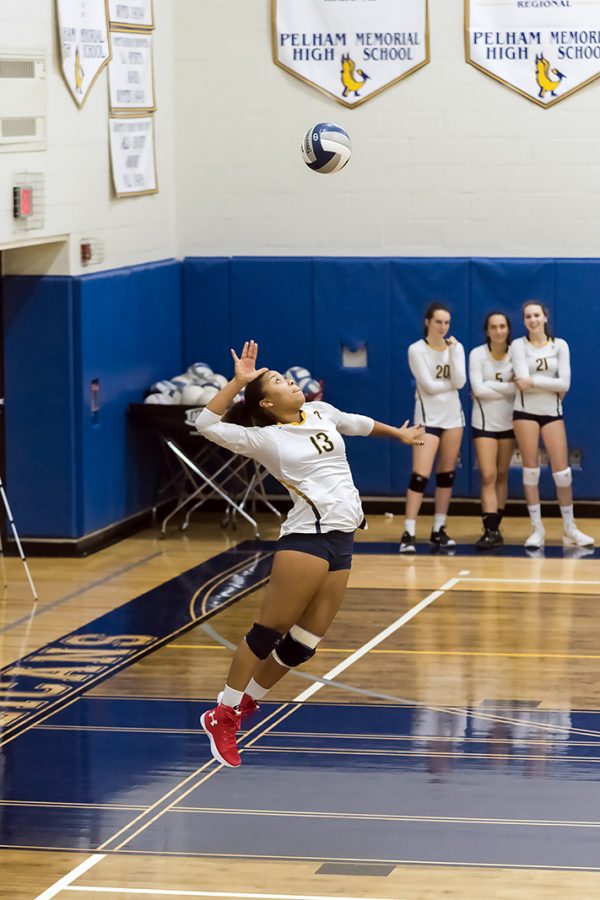 Senior Nora Tahbaz jumps high in the air to serve the ball.

Senior Nora Tahbaz has had an outstanding season with the volleyball team and was a prime reason the team had an historic start with eight straight wins to open the season. In a win against the defending state champ, Walter Panas, Nora had one of her best games, with 10 kills and one ace. Nora feels she owes a lot of her success to last year’s seniors.

“They helped me a lot in understanding the ropes, how to work hard to achieve our goals, and how to really lead this team this year. Because of that, everyone on our team understands the role they have to perform to get the section title,” said Tahbaz.

“Nora is our most impactful player because of her consistency and versatility on the court. Off the court she really makes sure that the team is close as well,” said Head Coach Finegan.

Tahbaz has demonstrated she is the type of player who represents what it means to be a Pelican through her determination and dedication to the volleyball team.