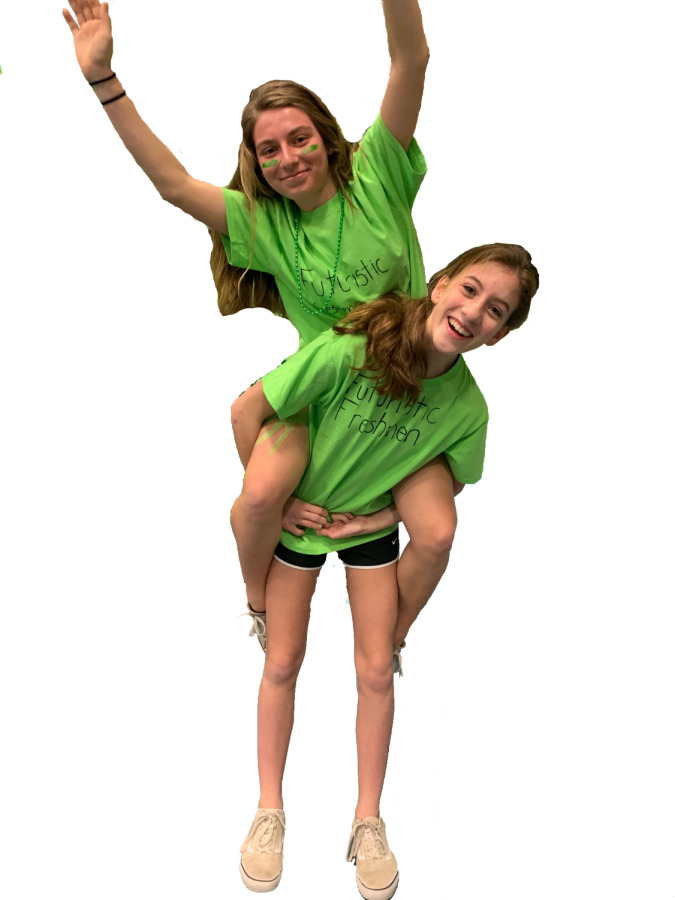 Freshman Laura Fronce carries Samantha Janos on her back show to demonstrate their spirit at their first Olympics Games.

The Olympics has come and gone and the freshmen have been officially introduced to the high school’s culture and competition. The freshmen placed fourth in their premier outing. In preparing for it, the S.A. needed to make some important choices. Here’s how it all happened.

The first order of business was to raise some money for the decorations committee. The mission was quickly accomplished thanks to the freshmen car wash held earlier in the year, which raised $600. With this, the S.A. could get to work.

They started with accepting suggestions from students about the theme. It was a bumpy road to announcing the theme, with options like fitness, fairytale, foodie, freaky, futuristic, and freedom all considered. Since they lacked previous experience, the process wasn’t flawless. A secondary poll was skipped and the theme was mistakenly announced as “freaky.” The students, confused, brought this to the attention of the class officers and a quick adjustment was made. The three most popular themes were sent out in the second and final poll and “Futuristic Freshmen” came out on top.

The next task to be dealt with was the class colors. The S.A. had already narrowed down the options to four colors: light blue, metallic grey, blue, and lime green. The first two choices were denied by other classes as being too similar to the colors they had chosen, so the officers landed on lime green.

Trials and tribulations aside, the freshmen were able to pull off their first year of Olympics, placing first in four categories: Chess, Connect Four, Paper Airplanes, and Boys Spikeball.