Battling Climate Change on the Runway 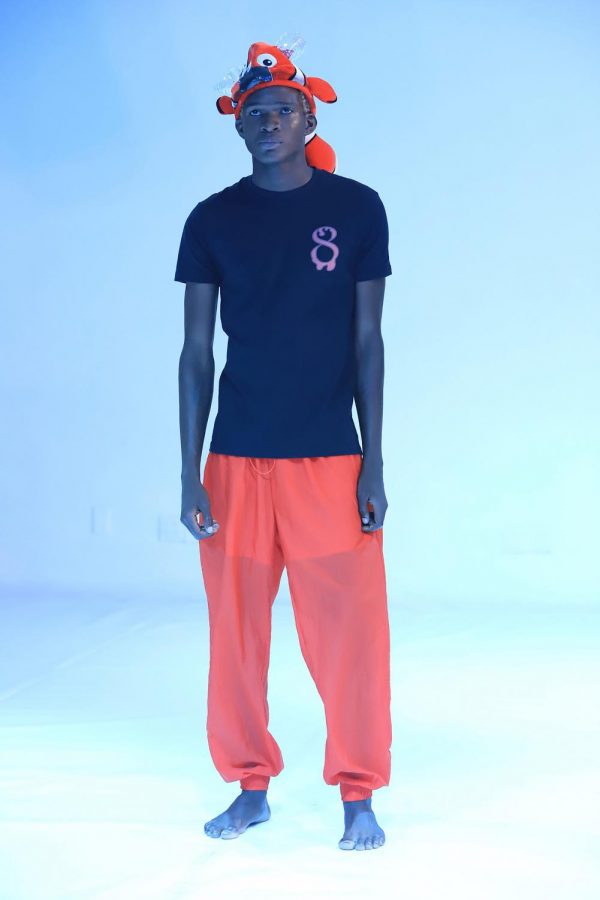 With climate change at the frontlines of environmental concerns, fast fashion has shown to be contributing negatively. Fast fashion is a term used by retailers when inexpensive clothing is constantly being manufactured to meet trend demands. Many times it comes from underdeveloped countries using cheap labor, and when the trend is over it is discarded in landfills. Many have taken individual action to fight the industry, including junior Julia Corso, who founded a line made from 100% cotton. She took her dream of being a fashion designer and debuted her own line Drip Eight at New York Fashion Week (NYFW) on September 8 at Casa Event Space.

“I was horrified by the negative impact fashion has on climate change and I hope to help the problem while making my dream come true,” said Corso.

Julia has attended fashion shows since a young age, and even walked the runway in NYFW in 2018 and 2019. She has taken many art classes at PMHS, which she says sparked her creativity and led her to create the line. The modern streetwear line has over four collections, all designed by Julia and co-founder, Vincent Testorf, also a high school student. Having always wanted to design t-shirts, they decided to give their brand a goal of giving to charities who help fight climate change. The name was inspired by the glaciers melting in the arctic, hence “drip.” Having modeled at NYFW, she was able to get a runway space from producer Yvonne Forbes and debuted her line of over 30 pieces on 19 diverse models.

“[It was] extremely surreal and I wanted to cry, and I did. It felt like a dream come true which hopefully will soon grow,” Corso said. She hopes to raise awareness through her line and build a community around it.

Down the line her goal is to make all products from recycled materials and give more of the profits to charities. She hopes her fashion line will bring together her generation.

“We want to appeal to everyone so we can be united under the same goal. We want to create a sense of community. That’s where our Conceived In NYC collection comes from,” Corso said.

For every item sold, Drip Eight will donate 10% to charities such as “One Tree Planted” and “Beyond Carbon.” Working closely with the charities, Corso and Testorf have pledged to plant 86 trees by the end of October. Being a model herself and now designer, Julia hopes to come out with better and bigger lines while also helping her generation as well as the ones to come fight fast fashion.