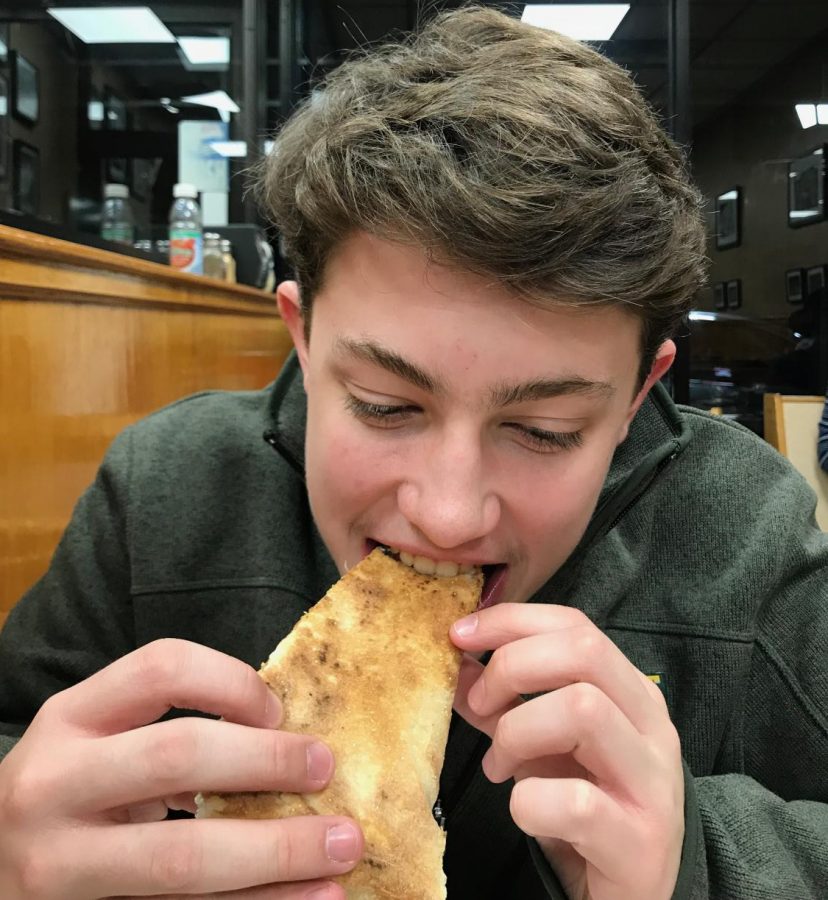 This issue’s food critic, senior Sam Plunkett, doesn’t think it’s too cheesy to have a crusty attitude once in a while.

When one thinks of Pelham, the plethora of pizzerias is sure to be among the first things that comes to mind, accompanying it the age-old question: which one is the best? For an average person it is tough to go out and eat each slice to see which one is their favorite, so I’ve taken the challenge and done it for them; In order to rank the restaurants in a fair and patterned way, I tried the standard cheese slice at all of the aforementioned places. In addition, I rated each on three scales of five points: the crust, cheese, and sauce, and then averaged them to see which pizzeria truly makes Pelham’s best slice.

I started at Villagio’s, whose five-minute walk from school allows any student to be able to get a slice, enjoy it, and still make it back in time for their next period. As for the pizza, Villagio’s had the thickest slice out of all the slices I tried, along with the best crust. The crust is crunchy until you get to the end, where the pillow-like texture provides for a nice close to the meal. The sauce and cheese at Villagio’s were both satisfactory making this an overall good, convenient slice coming in with a 3.8 average on the five-point scale.

Next, I hit Four Corners Pizzeria. Their mere four tables and no card payment added a nostalgic feel to the meal. Their slice was undoubtedly the thinnest, a staple of New York style pizza. To compliment the thin crust, the cheese was absolutely perfect. The amount of fresh mozzarella was perfect on the slice. The sauce went nicely with the crust and cheese, which was tangy with good flavor, making it receive a 4.5 rating overall.

The third place I went to was Pelham Pizza. Which to many residents of Pelham is without fail the best slice. Initially, the crust was underwhelming as it was not very crisp, but as I got through the rest of the slice, the chewy aspect gave it a unique and pleasing tongue feel. The sauce was by far the best with both tangy and sweet flavors that complimented and highlighted each other perfectly, placing the sauce at Pelham Pizza above the rest. Due to this, I gave it a 4.3, placing just above Villagio’s and just under Four Corner’s.

Lastly, I tried Marco’s Pizza, which I went into with the impression that it was more of an under the radar pizzeria in Pelham since I had barely heard about it. However, my impressions quickly changed when I received the slice, which was crisp and loaded with cheese. All around I think that this slice was the most well rounded. The crust was thin, the pizza had a pleasant sauce, and a solid amount of fresh cheese. In the end, I gave Marco’s a 3.9, landing third in the overall rankings.

Overall my journey of trying all the pizza places around Pelham has brought me to the conclusion that one simply cannot go wrong no matter where you go. However, some places do have some advantages over others. Four Corners ended up being my favorite of the slices I tried, just edging out Pelham Pizza. Fortunately for any pizza lover, they were all fantastic, so wherever you go, you won’t be disappointed.