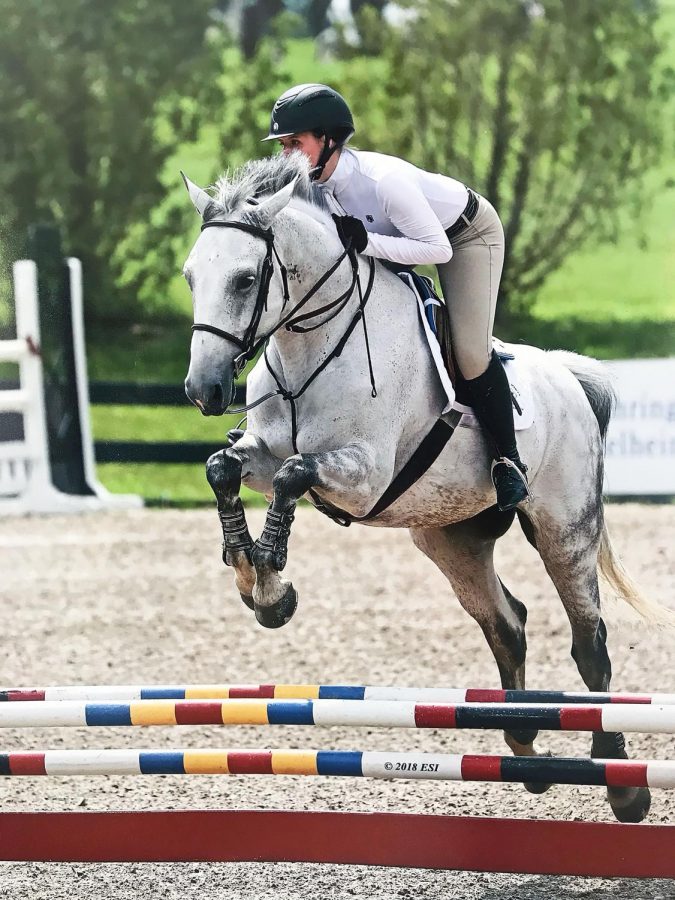 Among the many involved students at PMHS, junior Caroline Gesky stands out for her talents as a professional horse-back rider.

From the young age of six, Gesky immediately took an interest and picked up a passion for horses. Gesky said, “It kind of just clicked, they’re sweet and I can always rely on them. My trainers always told me I had a natural talent.”

Gesky has achieved incredible feats in her years riding horseback, such as being Regional Grand Champion for four years in a row and becoming a Zones qualifier at only 12 years old, placing sixth and almost qualifying for Nationals.

Showing her dedication for the sport, Gesky rides 5 to 6 times a week after school and competes all around the U.S. in places such as Florida, Pennsylvania, and most of the east coast.

Gesky was influenced by her mother, who was a horseback rider when she was young. Gesky said, “She takes me to every practice and every show no matter the time or the place. I think she’s only missed 3 in the past 10 years.”

For Gesky, riding goes far beyond a hobby, as she has built a family through her friends and trainers. Caroline said, “They are the most supportive and committed people I have ever met and they really are my second family. The barn is my safe place.”

She recently competed at the College Preparatory Invitational in Florida, a college scouting competition and has now been named champion in her flat division for the fourth time. As it has become a major part of her life she hopes to see a future in riding. She is determined to continue riding in college and has received a prestigious 94% recruiting rate to colleges around the U.S.

Through leasing about seven to eight horses, she has gained experience on how to deal and connect with the horses she rides. “Riding isn’t just about how you perform at major competitions but the relationship one creates with their horse.” Caroline states.

Riding is a huge part of Gesky’s life and many others. The sport requires much dedication and skill, and is considered a huge undertaking. Gesky is a huge proponent for anyone interested in riding to pursue it, as it has given her so much joy and lots of important life lessons.