OP-ED: Should the Presidential Election be Postponed? 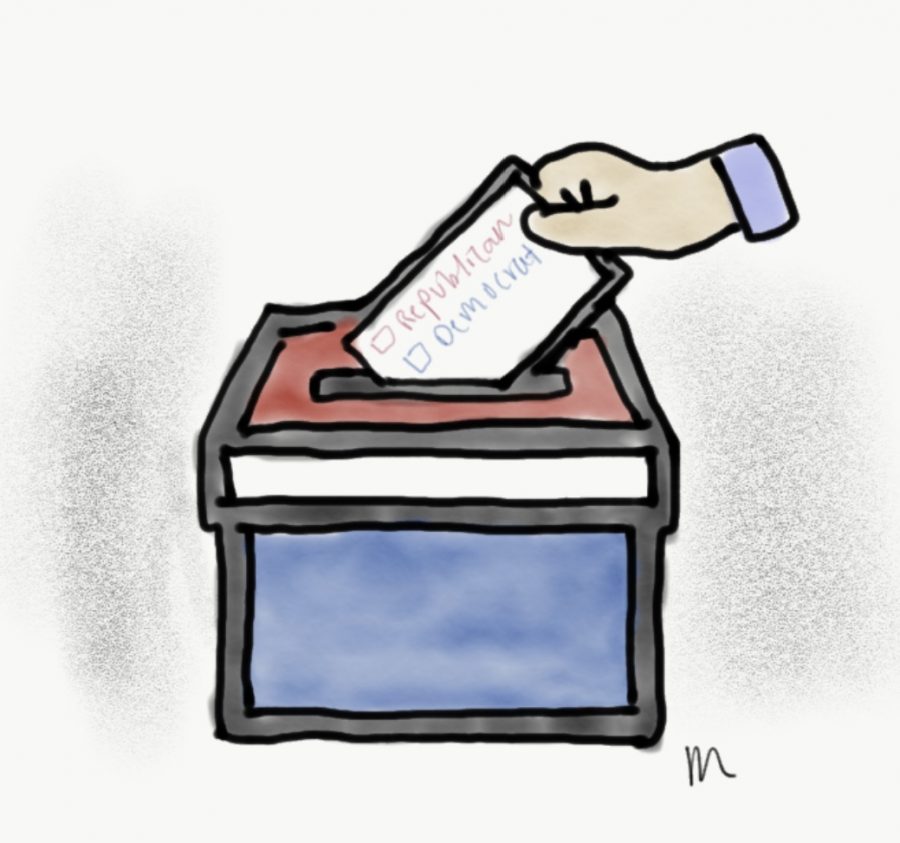 The right to vote for president in America was once a privilege that only a certain segment of people had. Thankfully, now most American citizen above the age of 18 can vote for the next leader of the country. Millions of Americans flood into voting stations to let their voices be heard. However, due to the coronavirus pandemic, people are starting to speculate whether or not the presidential election in November is going to be postponed by President Trump. People worry that they can’t social distance (stay six feet apart) while voting. Also, hundreds or thousands of people pass through the voting station and could be carrying the virus without even knowing. Despite these factors, the election should not be postponed and, even if people are required to social distance in November, the government has many options on how voting still can take place.

Concerns over whether the election should be postponed were heightened when 16 states postponed their primary elections. Presumptive Democratic nominee, Joe Biden, recently said at an online fundraiser, “Mark my words, I think he [Trump] is going to try to kick back the election somehow.” The decision to postpone the primaries was made in March, which is when President Trump declared a national state of emergency. At the time, this was the right call as the coronavirus concern was at an all time high. However in November, at this rate, life should start getting back to normal. As of June 1, all 50 states have begun some form of reopening, yet just eight days later more than a dozen states registered a record high number of new Covid-19 cases. While this is not an immediate “reopening”, it is a start. However, the uptake in reported infections shows that sixty days after the country went into quarantine, the danger still exists. November is six months away, and as long as there’s not a second wave, there should not be a reason to postpone the election. Even if these elections happen with strict social distancing rules, it would still be better than postponing the election.

For President Trump to postpone the election, it would go against the U.S. Constitution. The 20th Amendment states that the presidents’ and vice presidents’ terms end at noon on the 20th day of January. Thus, by this logic, President Trump can’t postpone the election in order to extend his term as president unless he is re-elected president. Alongside this, there were concerns that President Trump would choose to postpone the election and go against the Constitution if he thought that he was not going to be re-elected. However, Trump would not be able to do this unless Congress allowed it. Furthermore, federal law declares that election day will be held the Tuesday after the first Monday of November. According to CNN, The only way that Trump would be able to change that is through the House of Representatives, which is controlled by the Democrats, making it unlikely.

If by any chance people can’t go out and physically vote because of a new stay at home order, there are many alternative methods to voting. One option could be that people over a certain age, such as 65 or 70, or people who don’t want to risk leaving their homes can vote by mail. This could work because it is only a percentage of the population that would vote by mail, the rest of the population can vote the standard way. Another option the government has is adding more polling stations across the country to space people out. If there were more polling stations, then less people would have to crowd into one station and people can still maintain social distancing.

Postponing the election would be an unnecessary action by the government. Exercising the right to vote is something that many Americans look forward to for four years. Now postponing or even canceling the election would take this right away from the American people. Even amidst the protests and curfews going on all over the country, this should not interfere with the voting.