"The Pelican Parade" Performed for the First Time in Years 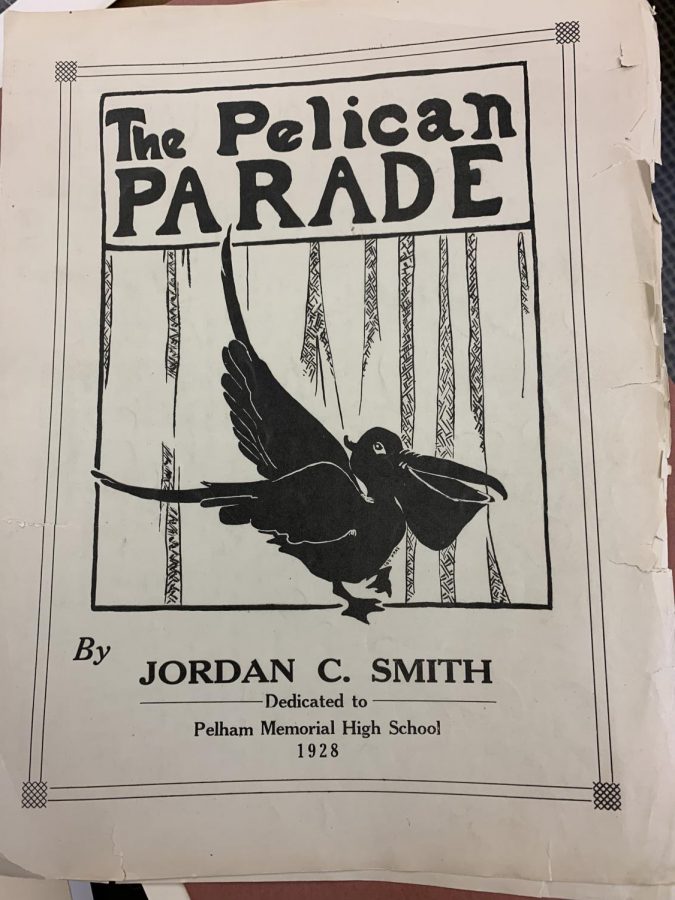 This year for homecoming the Pelham Memorial High School band directed by Andrew Van Bochove played a rearranged version of The Pelican Parade. The Pelican Parade is a march-like song composed in 1928 by student and orchestra member Jordan C. Smith. During the week of November 23, 1928, the PMHS orchestra first performed Smith’s Song. The Pelham Sun, a Pelham newspaper at the time, described the song as a combination of a march and school song. On May 24, 1929, the orchestra performed the song in their 5th annual Spring Concert, along with Smith’s second composition, Opus 2. Tod Draz, either a sophomore or freshman at PMHS during March of 1929, designed the cover art of the composition.

The song has only one singing part. It’s composed in a march form and the part with lyrics is the trio section which used to be sung at football games. A.J. Fregans was the PMHS Orchestra director when the song was performed. Jordan wrote the entire song himself without any help.

Smith’s song, The Pelican Parade, was recorded at the Victor Records recording office in 1928. The Pelham Sun advertised these records for sale during the Christmas season.

There was a school song in 1923 with music by M. Byron McCloskey. The song was printed in yearbooks and The Pel Mel. But seems to have been discontinued when The Pelican Parade was written.

Since the 1940’s there have been no records of the Pelican Parade or any school fight song being used.

The 90-year-old song was sung yet again at this virtual homecoming as a way to bring some spirit during the midst of the pandemic.