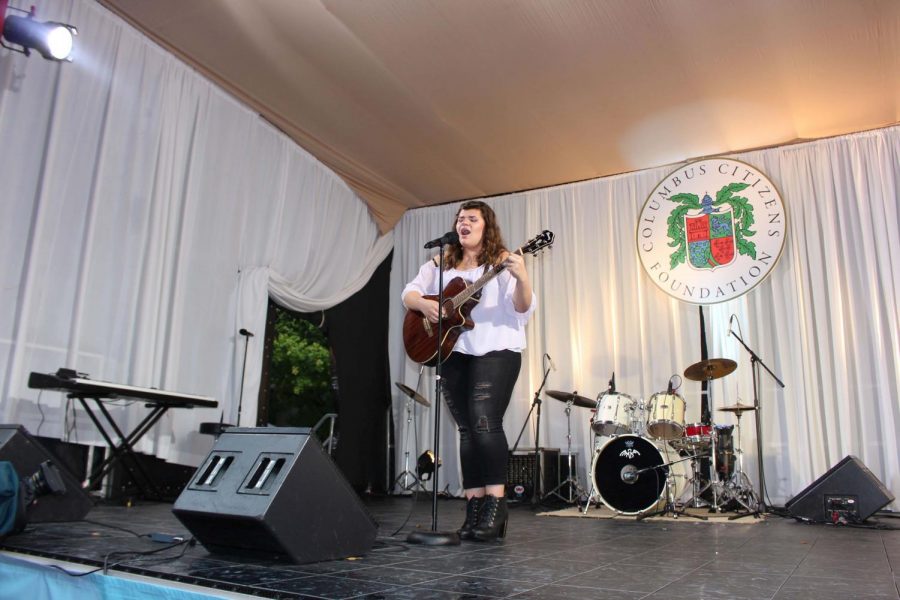 The Columbus Day Parade in New York City attracts over one million spectators and 35,000 marchers each year. However, until recently no one has had a reason to connect the parade to Pelham Memorial High School — that is until sophomore Alyssa Lynn Catalanatto was chosen to perform her original song “I MATTER” live at the 2017 Columbus Day Parade on October 9. Parade-goers and Pelicans watching on TV at home got to see Allyssa Lynn, who performs under the stage name LyssXOXO.

Alyssa Lynn had her first music lesson at the Pelham Music Store next to Villagios Pizzeria in the fourth grade. She had finally found her passion and her parents saw it, too. She went on to train with a vocal coach in Stamford, Connecticut and then at another program in Edgewater, New Jersey.

Alyssa’s father is the chairman of the event at the Columbus Day Parade, and was even instrumental in helping Lady Gaga get the chance to perform, her first big performance on her road to fame. Alyssa Lynn hopes it does the same for her.

“I MATTER”, the original song she performed at the parade, is part of an EP on Soundcloud. All of the songs are inspired by personal events. Alyssa explained that her family, especially her parents, are a tremendous source of support. Her little brother knows all the words to every song she’s written and her older brother spreads the word to people at his college.

Her math teacher, Ms. Livigni, once said in class , “The only thing we focus on is the inside of an angle.”

Alyssa took this math term and made it her mantra. Whenever she needs to focus, she says, “We want the inside angle.”

With support from her family, friends and producer, Alyssa Lynn hopes to pursue singing as a career.