President Biden Has America Back to Welcoming, Not Separating, Immigrant Families 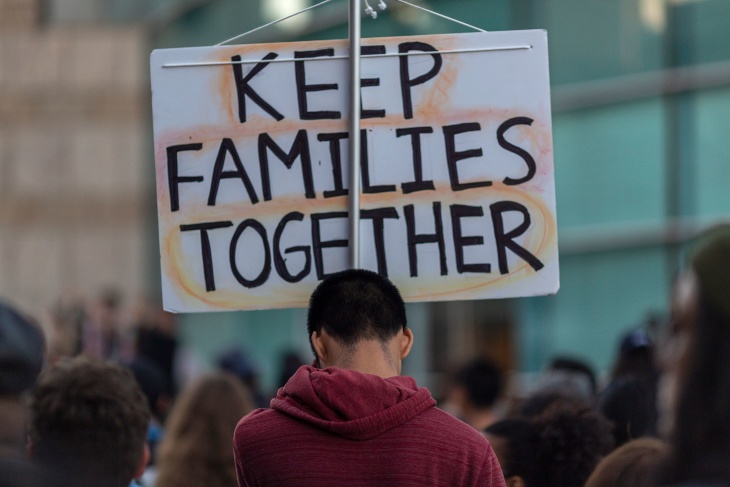 President Joe Biden promised to remove the Trump-era policies that led to families being separated at the US-Mexico border.

The United States of America has always been a country that anyone can immigrate to in hopes of freedom, a second chance, and a better life. The majority of us would not be here today if our ancestors were not given the chance to escape their harsh homelands and raise their children in the promised land of America. Despite times being different, many people from countries around the world still hope to come to this land of new opportunities and beginnings for a life they long for. Whether they are facing oppression, prejudice, persecution, economic difficulties, corruption, or other struggles, most just want to be free, “safe”, and happy alongside their loved ones. Our former president Donald Trump did not believe this, and thought that the immigrants coming from Central and South America are simply criminals who plan to ruin this country. Sure, there are some people who do not always have the best intentions, but it is unfair to make that generalization for a group of people, most of whom are longing for a better life. Based on this prejudiced belief, Trump enacted immigration laws that were extremely limiting for those who sought to come to the US.

Many were robbed of the chance to live and work here by Trump. If someone is willing to contribute to the US and work, they should not be turned away since both the immigrants themselves and America benefit from it. Trump’s policies caused millions of immigrants to be violently turned away at the border. It is sickening, and inhuman that they were beaten, and even shot. As a result, many snuck into the country, clinging to the hope of living in the promised land of America. However, ICE deported immigrants across the country who did not have a visa, and many families were separated. It sickens me to think parents, grandparents, aunts and uncles were torn away from their kids to be sent back to their home countries. The children were left orphans, under-aged innocent victims who were faced with the harsh reality of probably never seeing their families again. Regardless of your political affiliation, few would agree that children who are left as orphans due to politics should ever register as okay. Parents will do anything for their kin, as long as they have a chance of a life of safety, abundance, opportunity, and bliss. Many countries deny rights to their citizens, especially females so that they can only live a limited, miserable life. If parents know there is more out there, and a better life awaits, why would they not do all in their power to go to a place where their dreams can become reality. All these families want is more for their kids, and a life that is more promising, something that in no way makes them criminals. So, when they do sneak across the border because they were denied access to America, how can we blame them? Or worse, deport them and take away their children?

In contrast, President Biden believes that immigrants are essential to who we are as a nation and critical to our aspirations for the future. According to the White House, “President Biden’s strategy is centered on the basic premise that our country is safer, stronger, and more prosperous with a fair, safe and orderly immigration system that welcomes immigrants, keeps families together, and allows people—both newly arrived immigrants and people who have lived here for generations—to more fully contribute to our country. President Biden knows that new immigrants fuel our economy, as innovators and job creators, working in every American industry, and contributing to our arts, culture, and government.”

A president who recognizes this is a leader who will effectively, and efficiently work to reunite families and repair our country’s immigration policies. He knows the benefits immigrants provide to this country and therefore is eager and willing to welcome the mothers, fathers, and other family members who were forced to abandon their children back into this country. He has created a task list to reunite families and strongly believes they should be together.

The official White House website states, “He has made clear that reversing the Trump Administration’s immigration policies that separated thousands of families at the border is a top priority. A key part of this effort is the creation of a task force to reunite families that remain separated. This task force will work across the U.S. government, with key stakeholders and representatives of impacted families, and with partners across the hemisphere to find parents and children separated by the Trump Administration. The task force will make recommendations to the President and federal agencies regarding steps that they can take to reunify families. Further, the task force will report regularly to the president and recommend steps to prevent such tragedies from occurring again. This order also revokes the Trump Administration’s executive order that sought to justify separating children from their parents.”

I could not be happier with this executive order, and Biden’s actions to reunite families. He has made this a priority and knows the urgency of this task. Kids need their parents to raise them and shape them into the adults they will become. Having a president who recognizes the error and horrors of separated families is the right person to lead the country. President Biden has mentioned many times the significance of family to him and the large influence and role his own family has played in his life and journey as a politician. Ergo, he knows the urgency of tracking down each child’s family, getting them to the US, and ensuring that they are reunified. Biden sadly lost his son years back to cancer, so he knows what it is like to have to live life without one’s child. This amongst other factors can allow him to sympathize with the thousands of parents alone and heartbroken over the “loss” of their child.

I believe that President Biden is doing all he can to combat this issue, especially during the pandemic we are in right now. Unfortunately, there is so much damage to repair that it will be nearly impossible to reunite all the families who were torn apart. Even so, the fault should rest on Trump, and Biden should not be blamed for his likely inability to return every child to their family. I hope that soon, instead of the news being flooded with grievous, hopeless stories, there will be accounts of children being reunited with their families, pieces of a puzzle joined back together, and joy restored.