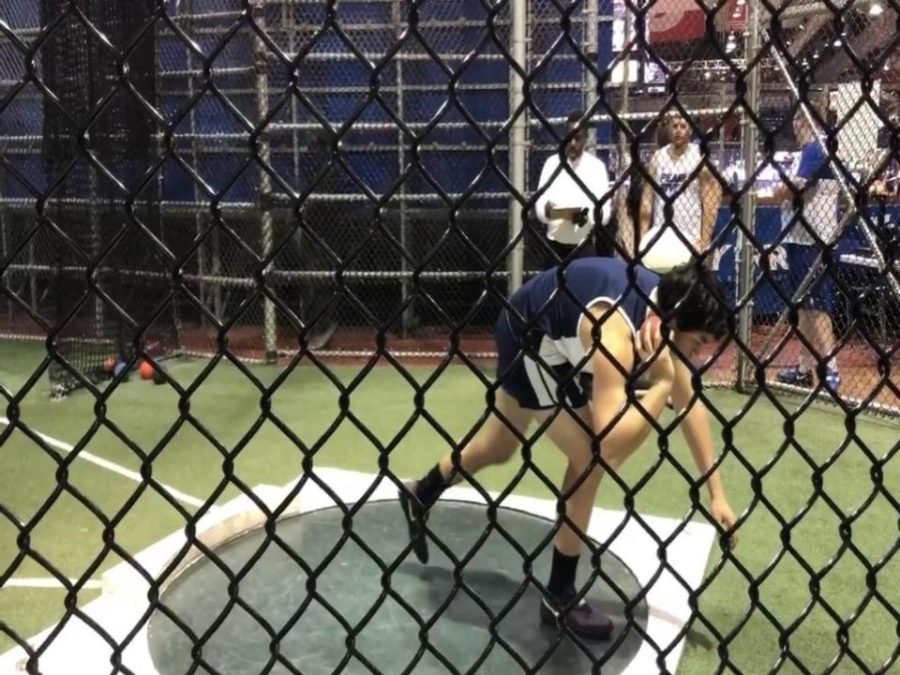 Throughout the season, regular meets and practices couldn’t be held and performed as usual, making these landmarks even more exceptional.

“Obviously we couldn’t have a full normal season like we would have had in non-COVID times. Meets couldn’t be held at the armory like they normally would have, the difference in practices were apparent due to the closing of certain facilities, and it was incredibly short,” Shelton said.

Nonetheless, both athletes forged through their hardships and managed to make history.

“My main motivator has been getting after that (shot put) school record,” Shelton said. “It has been a goal of mine since freshman year. I also want to do everything I possibly can to be successful and help the team be successful.”

Kiernan said “My main goal wasn’t even to break the records, after falling just short of winning leagues 3 years in a row. All I wanted to do was help lead the team to our first championship in a long time. I did my best to take advantage of all the down time the pandemic had given me in the off-season to train and be better than ever for my senior year. When I broke the records, I surprised myself more than I surprised anyone else. I had prepared myself to have a strong season, but I had no idea how well it was actually going to go.”

Even in the toughest of times, and given extraordinary challenges, Pelicans do what they do best… fly!