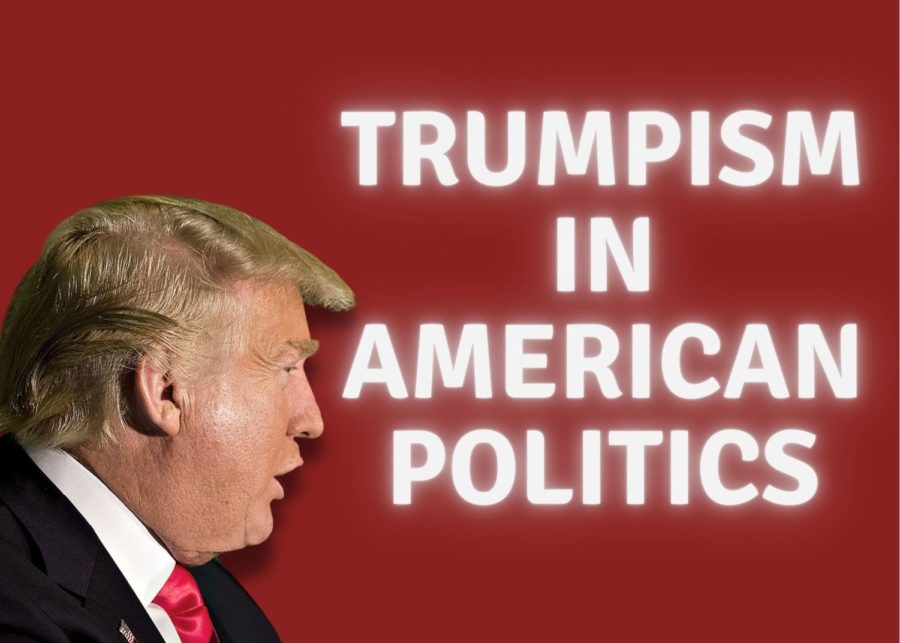 With political action from Republican candidates ramping up a mere two months after Joe Biden’s inauguration, the present reality of the Republican party is plain to see: the party is seeing whether it can stand on its own, without the support of Donald Trump now that he no longer occupies the Oval Office. Many presidential hopefuls have already begun political action at election-year levels, and have begun travelling to early-primary states such as South Carolina (see also; Mike Pompeo and Rick Scott road-tripping out to Iowa this week).  This is all due to the rush to supposedly re-orient the Republican party away from “Trumpism,” the new branch of Republicanism pioneered by its namesake, Donald Trump.

Mr. Trump’s presidency brought with it many deviations from both classic and contemporary Republicanism.  Mr. Trump has supported the use of Eminent Domain on his own behalf, and spoke out against cutting both Social Security and Medicaid.  These choices seem to present a schism in the Republican party, though the truth is far from that.  What many fail to realize is that Mr. Trump alone controls 84% of the Republican vote, and in that way, maintains an incredible command of those with loyalties to the Republican party as a whole.  What is happening with Republicans isn’t a schism. It’s a sharp turn. Those who would oppose Mr. Trump’s policies will be left behind as the bandwagon of Trumpism carries the party away from its current positions.

On top of the individual voters, the GOP gained fifteen seats in The House, and those who have opposed Mr. Trump over the course of his presidency have been ruthlessly expelled from their government positions.  Mr. Trump clearly holds an iron grip on the party, on its elected officials, and on the future of Republicanism as it stands.  He is a cultural anomaly in that his seemingly apolitical roots have landed him in nearly total control of nearly half the country’s voting power. There will not be a split in the Republican party, rather, until the end of Mr. Trump’s political career the Republican party will change to fit his particular spin on Republicanism.

In the past four years, America encountered a president like never before in the form of Donald J. Trump. It’s safe to say that Trump stands out in contrast to his predecessors, with a no-BS attitude and divisive rhetoric that often angered both allies and opponents in Washington. His style of leadership is dissimilar to the classic American politician, yet it roused something in the average American — the often older, working class voters felt their problems were being ignored and identified with key pieces of the Trumpian way. Trump’s populist 2016 campaign included calls to “Drain the Swamp” and “Build the Wall,” both of which spoke to Trump’s base. Despite losing the presidential election in 2020, Trump remains a large presence in the political scene, and his followers often show allegiance to him over other Republicans – even going as far as to revolt on January 6th, as the Senate voted to confirm Joe Biden’s electoral win. The Capitol Riots were an indicator of just how passionate and in extreme cases, even dangerous, Trump’s base has become. It’s become clear that Trump and his followers are here to stay, no matter who’s in office.

Trump’s approach to leadership is something that’s made him clear enemies on both sides of the aisle. For instance, former Republican presidential nominee and Republican Senator Mitt Romney and Liz Cheney, a Republican senator from Wyoming, both voted in favor of Trump’s impeachment. He also waged attacks on the Wall Street Journal editorial board, a board with a historically Republican lean. The former president has made it clear that if anyone disagrees with him, even a member of his own party, he’s declared them a “RINO,” otherwise known as a Republican In Name Only. Trump has swapped out traditional republicanism with his own image of militant conservatism, a move towards making Trump the face of the Republican Party. His bully-like tactics have alienated more traditional conservatives.

Trump also differs from the traditional conservative in his willingness to call out opponents, particularly in harsh terms. From the start of his presidential run, Trump’s belittling nicknames antagonized opponents both in and outside of his party. Names like “Sleepy Ben Carson” and “Low-Energy Jeb (Bush)” characterized his campaign as one of belittling remarks and bullying, a reputation that was not disproven throughout his presidency. These strategies differ greatly from traditional Republican politicians, who have not frequently resorted to these tactics. For instance, Trump chose not to carry out the traditional, peaceful transition of power, including symbolic rites of passage such as the First Lady providing a tour of the grounds for her successor. Trump’s lack of respect for his colleagues characterizes him as an unusual leader.

The factor that truly determines whether or not the Republican Party can remain united is the Republican base itself. According to a survey conducted by CNBC, 74% percent of Republicans want Trump to stay active in some way, and 48% of all Republicans said that they wanted Trump to remain head of the Republican Party. However, only 11% stated that they wanted the former president to start his own party. Nevertheless, Trump’s impact on the party has been sizable, and this “11%” has already proven itself to be highly energized — maybe even militant. Although the faction that’s willing to convert to this “Trumpian” party may be small, there’s no doubt that there is a serious possibility, and potential national security threat, lingering on the horizon.