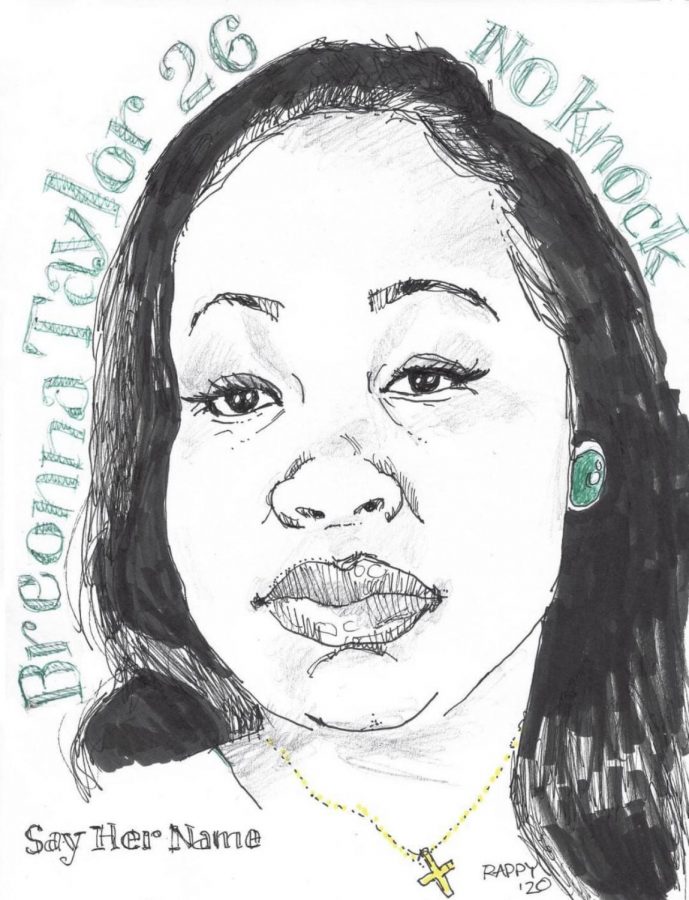 The police officers involved in the killing of Breonna Taylor were recently fired in January. With this being an important step towards justice, none of the officers involved have been charged with murder. Getting fired from your job is certainly not something anyone would want to happen, but it is a temporary condition. Losing your life is a permanent tragedy.

Many people that are on the right side of the political spectrum tend to be avid supporters of the  2nd Amendment. It is your constitutional right to own a firearm and to be able to defend oneself. Currently, many conservatives support the convicted police officers in this situation, but there are many circumstances that make the tragic incident highly questionable.

The police entered the apartment where Walker and Taylor were asleep on a no-knock warrant. However, one has a right to defend oneself and one’s loved ones. That is exactly what Kenneth Walker did (Walker was Taylor’s boyfriend at the time of the incident). Walker was awakened in the middle of the night by armed intruders whom he believed were trespassing or worse. Upon later investigation, it was discovered that the officers were at the wrong apartment of the person they intended to arrest, which makes the incident all the more tragic.

Next, the police claim to have announced their entrance to the apartment, but with no body-cam footage, (which they should have had) that cannot be proven.

Police are citizens too, and with the power and force they control, they should be held to the same standard, if not higher standards, to that of average citizens. They committed the crimes of forced entry, trespassing, and manslaughter, if not murder. From this situation, the only charge an officer had was for shooting into the wall of the neighboring apartment. It is truly baffling  how the District Attorney seemed to be more focused on the wall than on the human life that was lost. If the same incident occurred and another citizen broke into the apartment and ended Taylor’s life, they would have been given a life sentence.

Further, on March 9, Jefferson County Circuit Court Judge Olu Stevens dropped all charges against Walker for producing a firearm at the policemen entering his home. So, if Walker and Taylor were not at fault in this, who was?

The police officers who ended Taylor’s life should and need to be charged for their wrongdoings. Especially in a time where we are seeing, almost weekly, a new incident that demonstrates police brutality. Even though some incidents may be justified by the police, a situation like Taylor’s, where all the evidence is right in front of the nation’s eyes, needs justice to ease the minds of those who are outraged by the current state of the relationship between the police and American citizens.