The Pel Mel • May 21, 2021 • https://thepelmelpmhs.com/6832/opinion/should-student-speech-off-campus-be-regulated-by-schools/

OP ED: Should Student Speech Off Campus be Regulated by Schools? 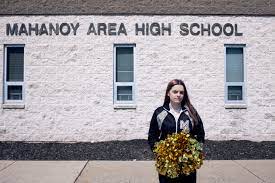 Student Brandi Levi plans to take her case against her high school based around free speech to the Supreme Court.

On April 28, Mahanoy Area School District v. B.L. was argued before the Supreme Court. Brandi Levy was a student at Mahanoy Area High School (MAHS) who was suspended from classes and junior varsity cheerleading for ill-tempered remarks made on Snapchat expressing her disappointment after failing to qualify for the varsity cheerleading team. Levy posted a picture of her and a friend at a convenience store with her middle finger up with the caption: “F*** school f*** softball f*** cheer f*** everything”. This action violated MAHS’ “cheerleading rules,” which prohibits cheerleaders from posting any “negative information” about cheerleading online. Levy filed suit with the school, charging that the school had infringed upon her first amendment rights. The case was appealed all the way to the Supreme Court after lower courts ruled in favor of B.L. This is a very important case for the future of student rights in school, and the nation is left to wonder how this will impact both students and school officials in the future.

Schools have no right or responsibility for student speech outside of school grounds. In Tinker v. Des Moines Independent Community School District (1969) Justice Abe Fortas delivered the opinion that established the “schoolhouse gate” standard to be applied to student speech, “[i]t can hardly be argued that…students…shed their constitutional rights to freedom of speech or expression at the schoolhouse gate.” The case established that speech within the school is protected so long as (1) it does not disrupt the learning process “materially and substantially” and (2) does not go against the community’s values. Anything beyond the confines of the “schoolhouse gate” (which includes, “in class, in the lunchroom, or on the campus”) is beyond the jurisdiction of the school district.

The petitioner (Mahanoy Area School District) argued that Levy’s remarks disrupted the learning process and the team’s morale, but this reasoning gives the school an unduly broad scope of authority and does not serve legitimate interest over their student’s conduct off-campus. The ability for schools to monitor off-premises conduct would actually do more harm to the learning process by infringing on the student’s right to think freely and robbing them of a protected platform to express themselves. This is a pivotal age of self-discovery, if government regulation is permitted early in life it will have a lasting effect on how individuals view their government and pervert distort their idea on what it means to be a citizen; future generations will be indoctrinated into imagining the dynamic as being characterized by an obedient populace ruled by an overarching authority, rather than the other way around. Students will lose the refuge that allows them to truly express their thoughts and feelings. Not only does off-campus regulation of speech disrupt a student’s free-thinking, but it also interferes with parental authority. It is not the school’s role to penalize a student for their conduct off-school grounds, it is up to the parent/guardian and how they choose to handle their child’s behavior. The school’s authority would then extend far beyond the “schoolhouse gate” and breach the family, circumventing the parent’s authority over their own children.

One area of concern that has been put forward is the issue of cyber-bullying. Some argue that schools must necessarily have the ability to regulate off-campus speech in order to deal with cyber-bullying as it undoubtedly affects the learning process both materially and substantially. But it is dangerous to apply the overly broad substantial disruption standard, it will give the school inordinate authority to punish students for generally anything said or posted that is considered to be negative. The effects bullying has on adolescents are difficult to concretely discern which makes it near impossible to employ a categorical understanding of Tinker that can practically address the problem. Besides, there are already cyber-bullying and harassment laws and regulations that would be much better suited to deal with cyber-bullying that occurs off-campus as prosecutable offenses. Policing students off-campus is simply not the school’s job.

“Don’t say anything on the internet that you wouldn’t want plastered on a billboard with your face on it” goes the old adage. Many take this under advisement and are cautious in their online personas, while still, many are not. One such example of a less cautious approach is that of one “B.L.”, whose snapchat post, headlined with “f*ck cheer” earned her a suspension from her school’s cheer squad. A judge later ruled that it was protected speech, and defended her right to make such a post under the constitution, but the entire issue raises a much larger question: does freedom of speech include social media?

A person’s right to privacy is considered sacred in accordance with American tradition and law. Freedom of speech, however, is not freedom of judgement-free speech. Employers, professors, federal watchdogs, and a dozen other groups monitor the social media of millions of Americans, some with ill intents, some without. A part of adulthood in the digital age is the recognition that anonymity is an outdated concept, and rather than demonizing social media and casting it out, schools ought to prepare their students for this brave new world.  The monitoring of student social media is not overreach, rather, it’s valid preparation for the real world, in which authority is often flawed, operating to its own self-interest.

On the other hand, one might argue that the simulation of the real world in a school environment is inappropriate. That point certainly holds up well; developing minds are not adult minds, and to treat children with the same expectations as adults is cruel at best. That said, there exist many cases in which the monitoring of student social media by school authority has safeguarded those very students. Two Southern California high school students were pictured together in 2020, holding a promposal sign that contained a racial slur. Another famous promposal from Michigan, the year before, read “if I were black I’d be picking cotton, but I’m not, so I’m picking you. Prom?” All evidence of these statements was obtained via social media, and had these students’ respective schools not been allowed to monitor them via social media, their racially insensitive words would go unpunished.

Free speech is a complex matter, but by example, two things are made implicitly clear.  First, that freedom of speech does not mean freedom of judgement-free speech; second, that totally free speech is far too dangerous a thing to be granted to youths, whose minds are not necessarily sufficiently developed to understand the weight of such a right.