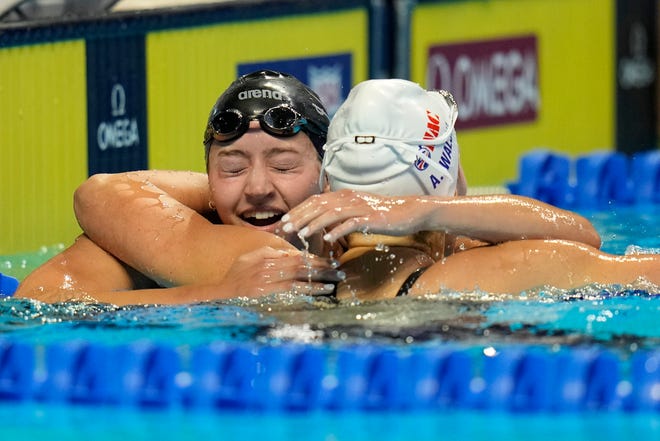 Kate Douglass earned a slot on the US Olympics Swim Team at the trials in Omaha Nebraska.

During the sixth night of competition at the Olympic trials in Omaha, Nebraska, Kate Douglass, Pelham Class of ’19, qualified to represent the United States as a member of the US Olympic Swim Team at the Tokyo Olympics.

Kate, a sophomore at the University of Virginia, was an Olympic trials qualifier at the age of 14 and National Age Group record holder in girls 13-14 50 free, where she earned a silver medal in the 4×100 freestyle at junior nationals.

While a junior at Pelham, Kate represented the US at the Youth Olympics in Buenos Aires where she placed 6th in the women’s 200 Long Course Meters (LCM), Individual Medley, and the 50 LCM freestyle.

At the time, Douglas told Pel Mel reporter Dylan Nordstrom that the Youth Olympics were an excellent learning experience where she had the opportunity to meet top tier American athletes, learn about their sport, and cheer them on.

Douglass said, “Representing the United States is always such an incredible experience. Everybody would start to stare at us when they saw our Team USA gear, which just gave us such a cool feeling of pride to represent the U.S.”