STAFF EDITORIAL: An Olympic Dream That Should Not Have Gone Up in Smoke

Sha’Carri Richardson Left Off Olympic Team for Marijuana Use 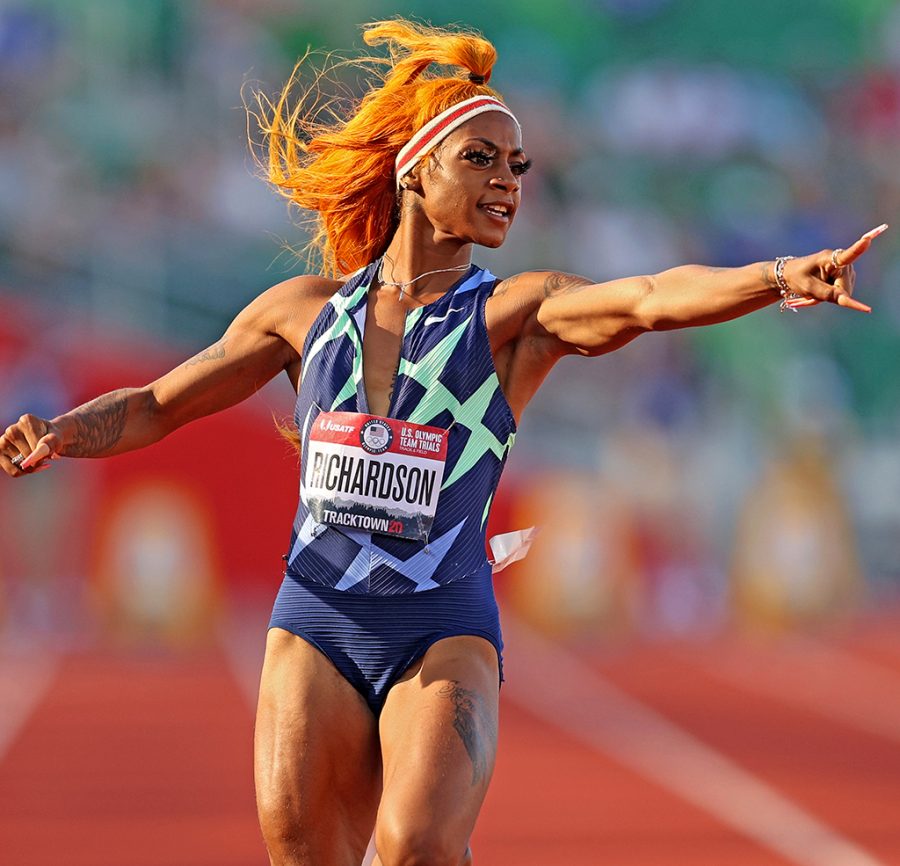 In June of 2021, runner Sha’Carri Richardson dominated the 100 meter race at the U.S. Olympic Track and Field trials, crossing the finish line with a time of 10.72 seconds and which should have secured her spot on team USA at the Tokyo Olympics. Shortly after this, however, Richardson tested positive for marijuana use, automatically invalidating her result in that event and ultimately making her unable to compete in the individual 100-meter race in Tokyo. As a result, Richardson, the gold-medal favorite in the women’s 100 meter, was initially suspended for a month, starting June 28, but there was still hope that she could end her suspension in time to run in the 4×100 meter relay that takes place later in the Games. This hope evaporated when team USA announced their relay team list, and Richardson was not included. But should she have been omitted?

What happened to Richardson was anything but fair. Primarily because marijuana is not a performance enhancing drug. What’s interesting is that marijuana is, unlike other substances on the list where anabolic steroids appear, banned only on race day (which starts at 11:59 p.m. the day before competition until midnight on race day). Further, suspensions for testing positive for marijuana are less harsh and lengthy than testing positive for other drugs like steroids. According to Popular Science, there isn’t enough robust evidence from large, reputable studies to suggest that marijuana is a performance-enhancing drug. If anything, marijuana reduces stamina and peak performance making it all that more impressive that Richarsaon was able to finish first place in the Olympic Trials. In addition Major League Baseball removed marijuana from its banned substances list in 2019, the NBA suspended random testing for marijuana in 2020 and the NFL changed its penalty for a positive marijuana test to a fine instead of a suspension. So this leads one to question, why hasn’t the Olympics changed its rules on banned substances, too?

Not only is marijuana not a performance enhancing drug, but in Oregon, where the Olympic Trials were held, recreational marijuana use is legal. This makes one wonder why someone should get banned for the use of marijuana any more than any other legal recreational substances such as alcohol and tobacco. In fact, Richardson should have never been tested for a drug that was legal in the state in which she used it.

To add to the heartbreak, Richardson used marijuana to cope with the unexpected death of her biological mother which she found out about while she was in Oregon for the Olympic trials. Richardson, being raised by her grandmother, said she learned about the death from a reporter during an interview and called it triggering and nerve-shocking.

Richardson, expected to be one of the most recognizable Olympians, deserved to win and she did so fair and square. She did nothing immoral; she did not cheat. This definitely is a wake up call to the Olympics and other organizations that have yet to update their rules on banned substances. Richardson pushed through the sudden anxiety of losing her mother and still came out as America’s next female track star