Why We Should Not Expand The Supreme Court 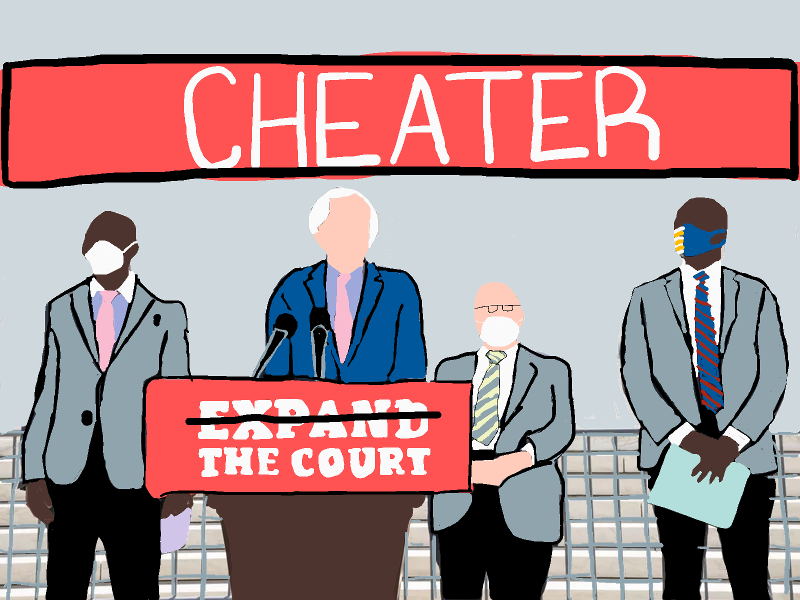 The idea to expand the Supreme Court is something that’s been suggested by Democrats, and frankly inflated by the media, after Republicans took a commanding 6-3 majority during Donald Trump’s presidency. In order to take back control, Democrats suggested expanding the court to 13 justices. The idea to expand the court is not realistic, if every time the opposite party holds control in the court, the solution cannot always be to add new members. This would politicise the one branch of government that should not be politicised. Over time many of the justices tend to change their ideas and become more focused on the law. Packing the Supreme Court is not a good idea because it politicizes a branch of government that shouldn’t be politicised, and overtime the court will grow to an unbelievable size.

Politicizing the court is fundamentally a bad idea. The court is not meant to help the parties pass their laws, they are there to uphold the constitution and solve issues. Democrats seem to have forgotten the purpose of the court as packing the court is something many from their party were suggesting. One of the most popular representatives from New York amongst the younger demographic is Alexandria Ocasio Cortez and her take on court packing is just what you’d expect.  When asked if she’d sign a bill she stated, “If the top line is expansion of the court… then yes.” A good portion of the Democratic party truly believes that adding to the court in order to give themselves an advantage is a good idea. It’s like changing the rules of a game when you’re losing, it’s asinine. Robert A. Levy from the center of constitutional studies exclaims, “Whatever you think of the politics, packing the Supreme Court would be bad for the law itself.” This means no matter what party you’re affiliated with, if you have any consideration for the law, packing the court is simply ridiculous.

Another problem with packing the court is if one side does it, it’s only fair that the other side does the same when they get the opportunity. The only party that’s currently in favor right now is the Democrats. They took control of the presidency with a 3-6 minority in the court, and their solution is to just change the rules. Well that’s great however if they follow through they should expect Republicans to do the same. The problem that arises with this is every 4-8 years the number of justices in the court will increase. They’re just going to keep tipping it in their favor every time they take office without a majority. This is problematic because now the court is just a political chess piece that is being toyed with by both sides. This is a situation that nobody should want to come to reality as now the court is no better than the problems the senate and the house have which is the inability to make progress.

Packing the court will politicize the most decent branch of government we have. Although the justices in the court do have a party affiliation, it should not be the politics of that party that shine through but the ethics of the party and more importantly the individual that shines through when it comes to their decision making. Party packing the court can be a problematic door that may become impossible to close, and is a door we should all hope is never opened.