Male Athlete of the Issue 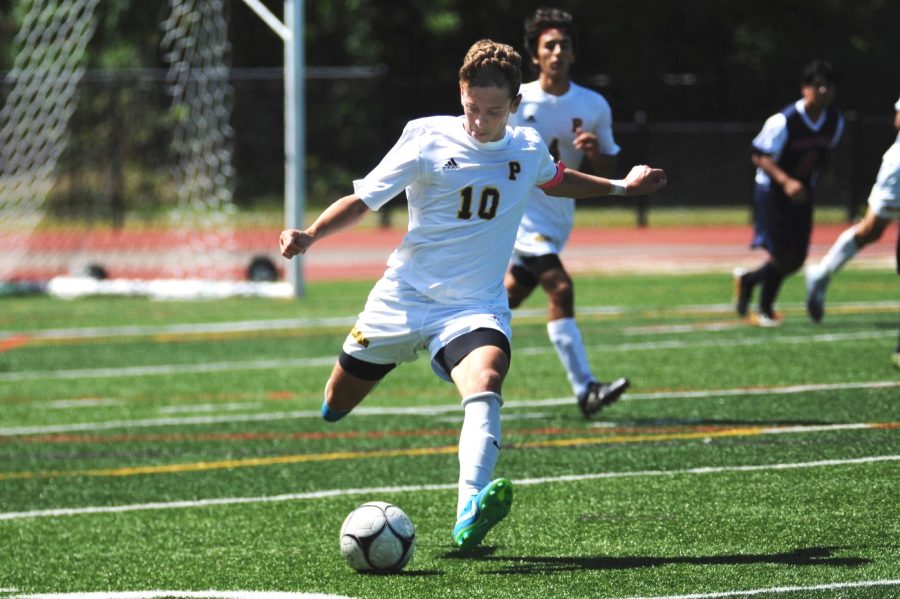 Senior Lucas Rodrigues has proven to be a solid midfielder for the varsity boys soccer team, which has had a consistent performance this season. They finished the season with a record of 9-6-1.The captain’s three goals and two assists have positively contributed to the team’s success. His hard work, strength, and leadership on the field has been a major component of the team’s strong performance so far this season.

Mr. Huvane, the boys varsity soccer coach, said, “Lucas is a vocal leader and a magician on the ball.”

When asked about how this season compares to his past seasons, Lucas said, “This year is more fun. We have a much stronger team with lots of friends which leads to good connections on the field.”

Lucas has been playing soccer since he was four years old. In addition to playing on the PMHS varsity team, he has played with the New York Soccer Club, a competitive club soccer team, for three years. He hopes to continue playing after he leaves PMHS, and is currently speaking to a few college coaches in the area, including some from Manhattanville and Marist.

Lucas is the playmaker for the team in the midfield. Lucas suffered a head injury in the middle of the season which took him out of a few important league games, including those against Rye and Byram. He hopes to lead his team into the playoffs.