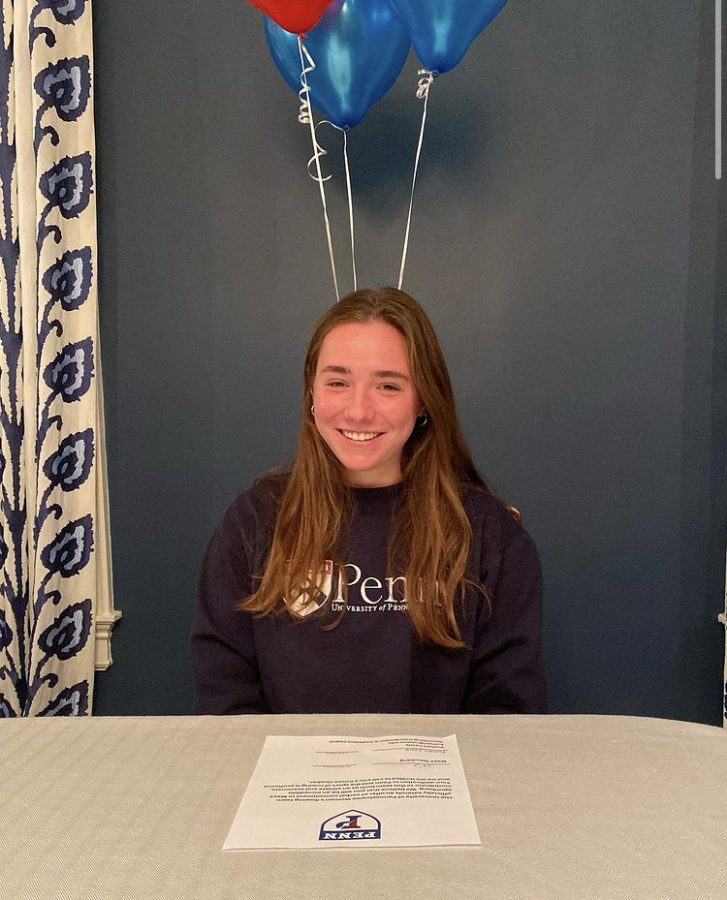 With college applications returning, many Pelham athletes are making their official decisions of where they will continue their sports careers. These athletes were all recruited to Division One crew teams in an attempt to further their studies and play the sports that they love. These three new commits make the total amount of recruited athletes six: Maya Spunberg, Ellery McSpedon, and Emma Spencer.

Another recruit Ellery McSpedon committed to Fairfield University Division One Women’s Rowing as a Coxswain. She was attracted to the sense of community she received while visiting the campus. She loves that commitment to success, working hard, and friendship that rowing/coxing brings.

“I’ve been rowing since seventh grade, but switched over to being a coxswain in the summer after my sophomore year,” said McSpedon. “The camaraderie and drive that I saw when I got to meet the coach and rowing team was unmatched from any other school I talked to/visited – I could definitely tell it was the place I wanted to be for my next 4 years”